Compared to the frenetic pull of Taipei’s energy, Tainan’s tranquility makes its old world elegance impossibly hard to ignore. Life is extraordinarily slow-paced here, and as the oldest city and former capital of the country, this often-overlooked world-of-its-own is proving to be every bit the microcosm of its land. From the lure of its imperial history to an interesting Dutch colonization period to a short, erratic Japanese Occupation (and then some), Tainan’s stunning combination of vividly varied time periods make it a true goldmine to explore. Every labryinth of old streets feels like a gateway to a different time in the past; and smidgens of an absolutely different world and place show up in the city even today, whether in its crumbling architecture, burgeoning culture, intermingling of flavours, or even its bustling trade.

It seems that anyone who comes and occupies Tainan never truly leaves without leaving behind a part of themselves; and in that, Tainan has found itself the historical heart of the nation, some 400 years on.

A mere 100 minutes away from Taipei (or an absurd 15 minutes away from Kaohsiung), Tainan can and should be worked into a day trip no matter which part of Taiwan you find yourself in. It is formidable yet tiny, and can easily be summed up in a fruitful day experience when planned strategically enough. My personal adventure with Tainan started with a short HSR train ride from Zuoying (the HSR station for Kaohsiung); and while I came greatly prepared to ensure efficiency in route travels, nothing could have quite possibly prepared me for the antiquated charm that was about to devour me whole. Till this day, I dub Tainan my most favourite stop in the entire country – and ironically, I spent the least amount of time there.

Enjoy Tainan in a day. I know I did. 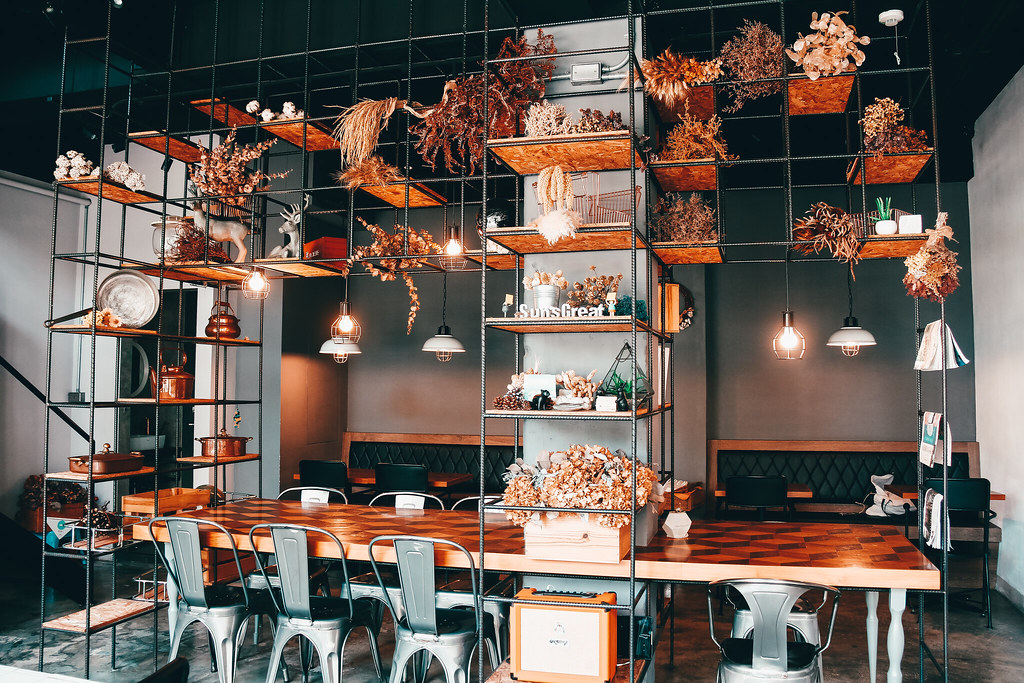 Admittedly, the first real thing I did in Tainan was to drop by a cafe. It’s not the most outstanding thing to do but then again, I did walk 45 minutes under a 12pm sun to get here, so I’d argue that all is justified. (Post-edit: don’t worry, the 45-minute walk isn’t a pre-requisite to getting to the heart of Tainan. I just somehow manage to find the hardest ways to do the easiest things. Call it a knack if you will.) 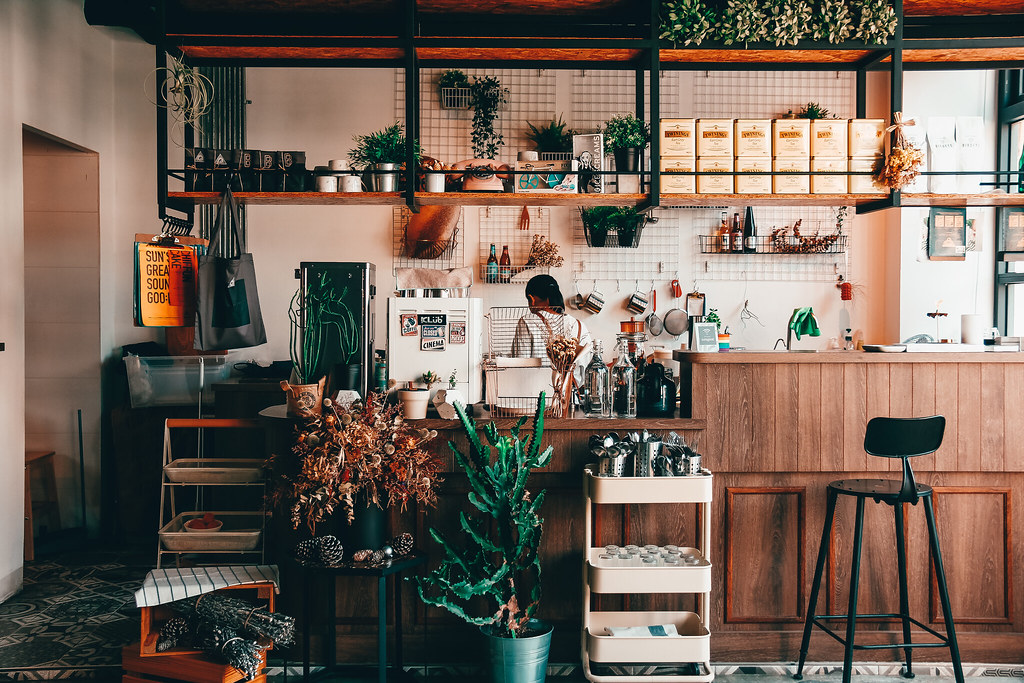 Sun’s Great B&B bears the postal code of one of the most visited areas in Tainan – it’s just just a 5-minute walk to Anping District; and whether before or after, I highly recommend jotting this spot down along with your Anping sights. Underplayed interiors and a hushed atmosphere set the perfect tone for what to expect as you continue your journey through this quaint city; and its menu reflects a hotbed of traditionally cafe-voguish fare that is simple yet delicately delicious to both your tummy and your feed. (Looking for Instaworthy spots in Tainan?)

2. Getting into the Swing of ‘Touristy’ at Anping District 安平 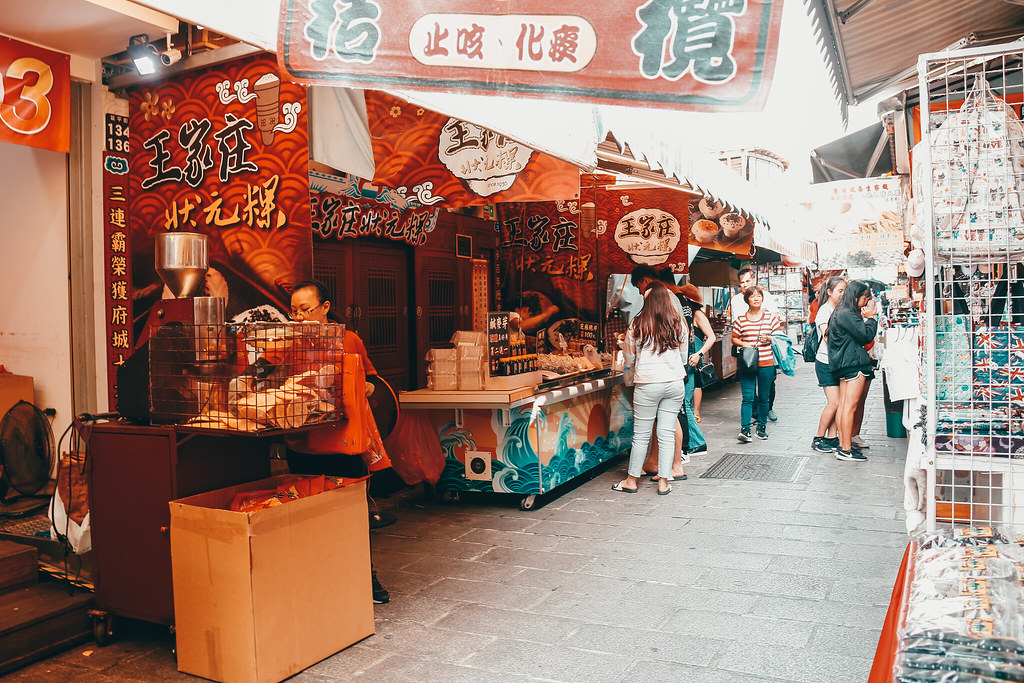 Anping District abounds with plenty of historic sites—Anping Fort, the Eternal Golden Castle, Old Julius Mannich and the Tait & Co. Merchant Houses, Anping Old Street itself (which you absolutely can and will not miss) – and of course, the Anping Tree House, which no visit to Tainan is complete without. 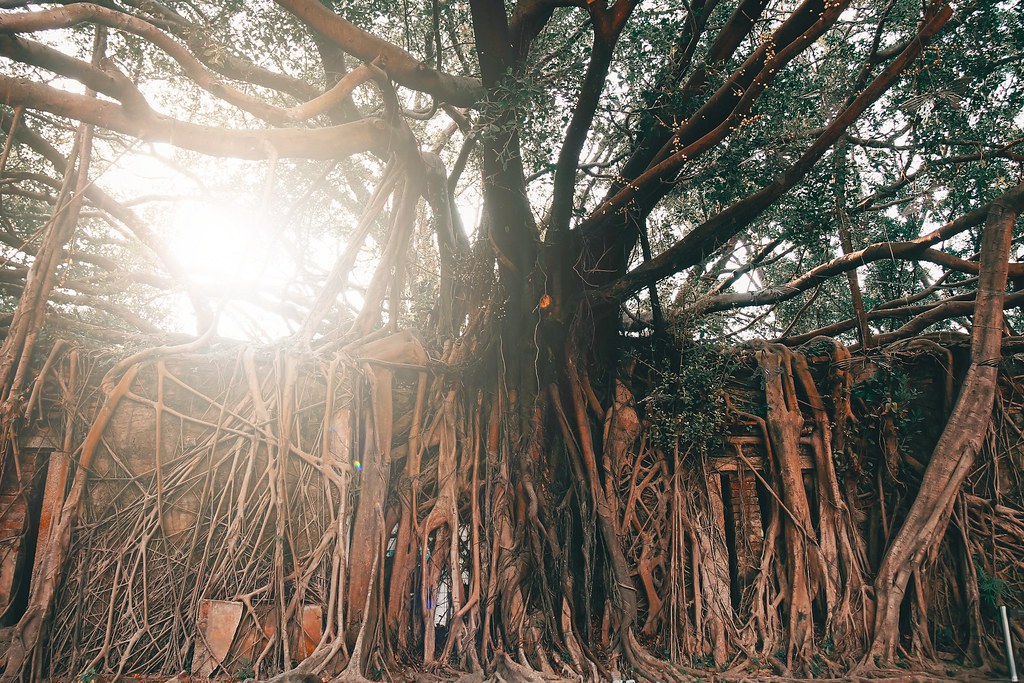 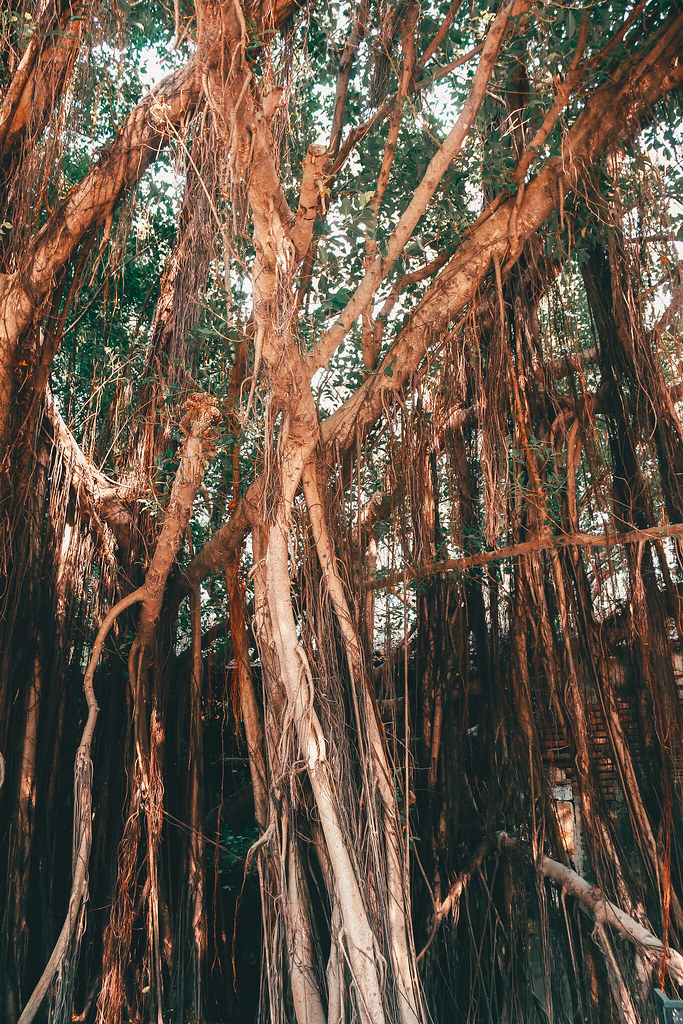 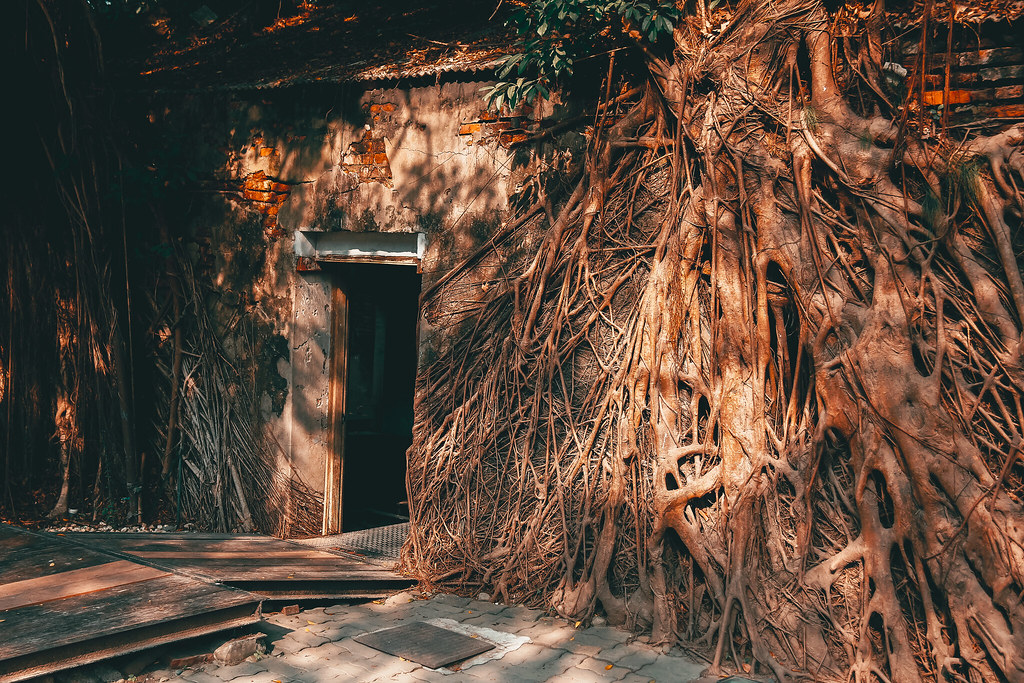 While not ‘haunted’ as many online travelogues claim, this 152-year-old crumbling structure has, indeed, been largely swallowed by the beauty of nature and stands today as a complement to the sweeping stranglers that add a spectacular touch of dark whimsy to the compounds. Originally built by Tait & Co. in 1867 to be used as a warehouse, the building fell into the hands of the Japanese during World War II; only to be reclaimed by a Taiwanese salt company after the War who, also, abandoned it shortly after. Perhaps the quick and continuous  change of hands gave rise to the rumour that it was haunted? Who knows. (More here if you’d like to dig deeper into the intriguing history behind some of these historical sights!) 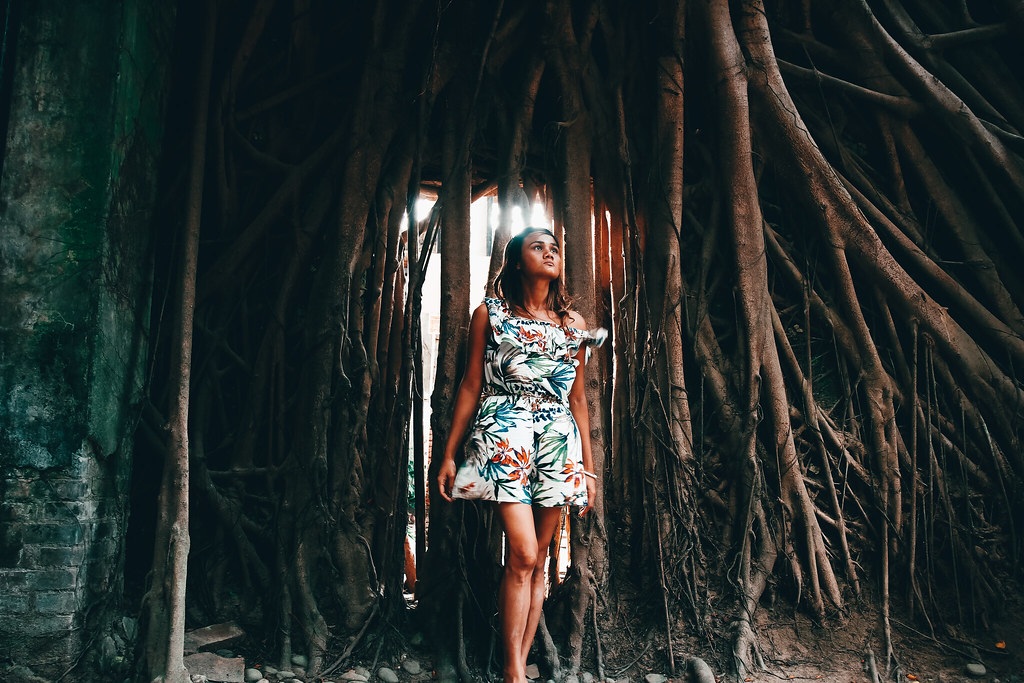 A silent witness to the bulk of historical events that traces as far back as the 1600s when the country was under the Dutch colonialization, much of Anping District’s architecture today feature an interesting blend of Dutch colonial, imperial Chinese, and even Japanese influences. It is not often you stumble upon a place that single-handedly embodies more than 400 years of quintessential history within a small square space, and for that, it comes as no surprise why Anping District has not only remained the focal point for Tainan travellers even after all these years, but also looks set to maintain status quo in the near future… even as many smaller, hipper, and newer enclaves continue to sprout around town.

Time Spent: 2 hours
Got Here from Sun’s Great by: Walking
And That Took: Literally less than 5 minutes. 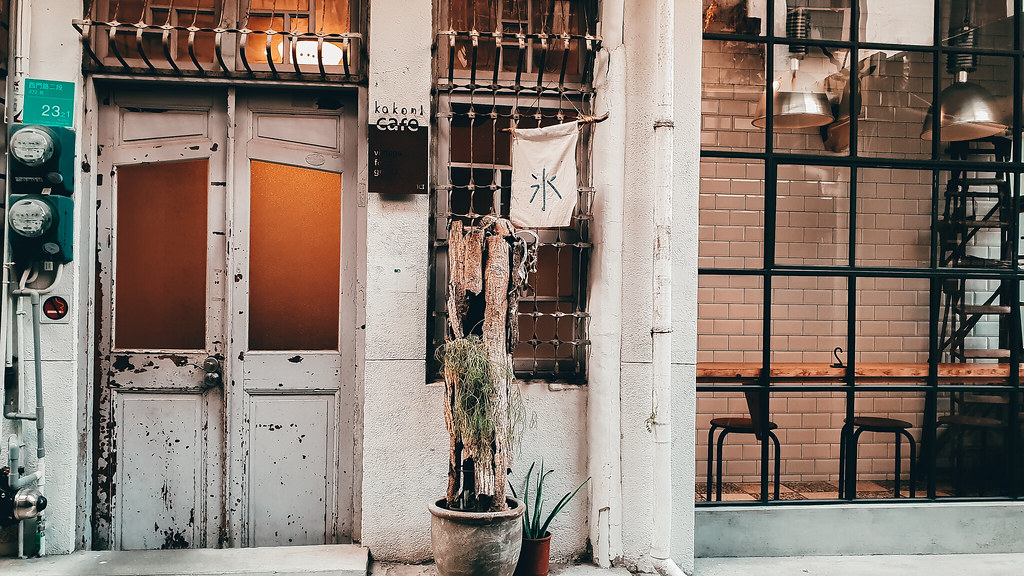 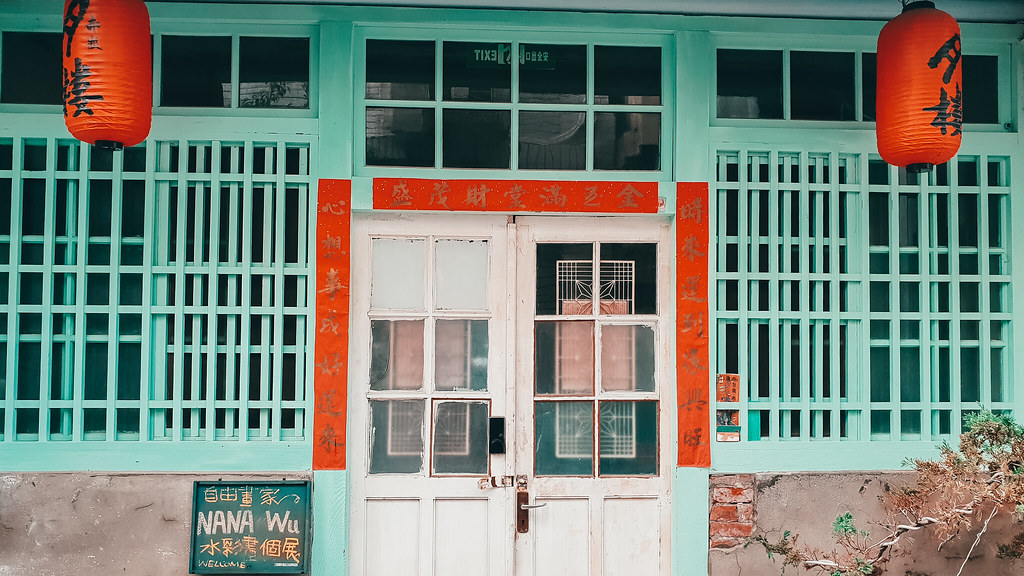 Shennong Street was where I ended up at by accident while trying to locate Xinmei Street (and this was despite the fact that I was dropped off by a cab so yes, definitely not someone you want to travel with). But it was a lucky find – because Shennong is touted as a historical street, and was apparently one of the busiest merchant districts back in the Qing Dynasty. 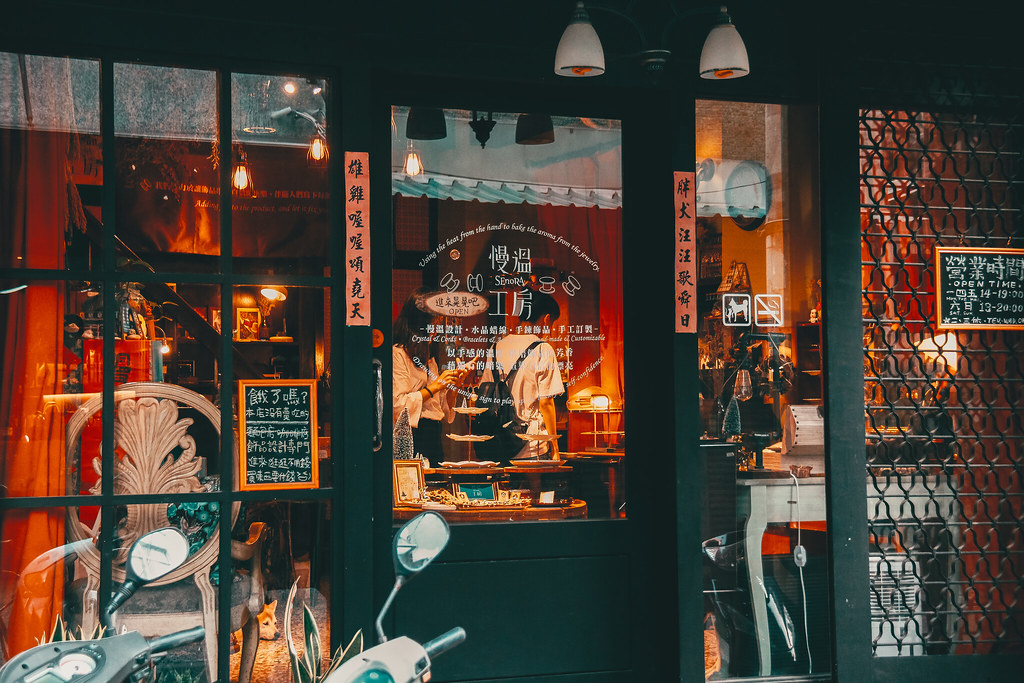 Today, the labyrinth of alleyways bears a stark contrast to its heyday, with a pronounced stillness that is disquieting for those who come here looking for more. To set expectations right, Shennong is antiquated, idyllic, and charming in its inactivity – the mix of residential and business lots means there isn’t much ‘shopping’ or ‘eating’ to begin with; and some establishments don’t even have fixed hours for patronage. Such is the lull of trading at Shennong Street. 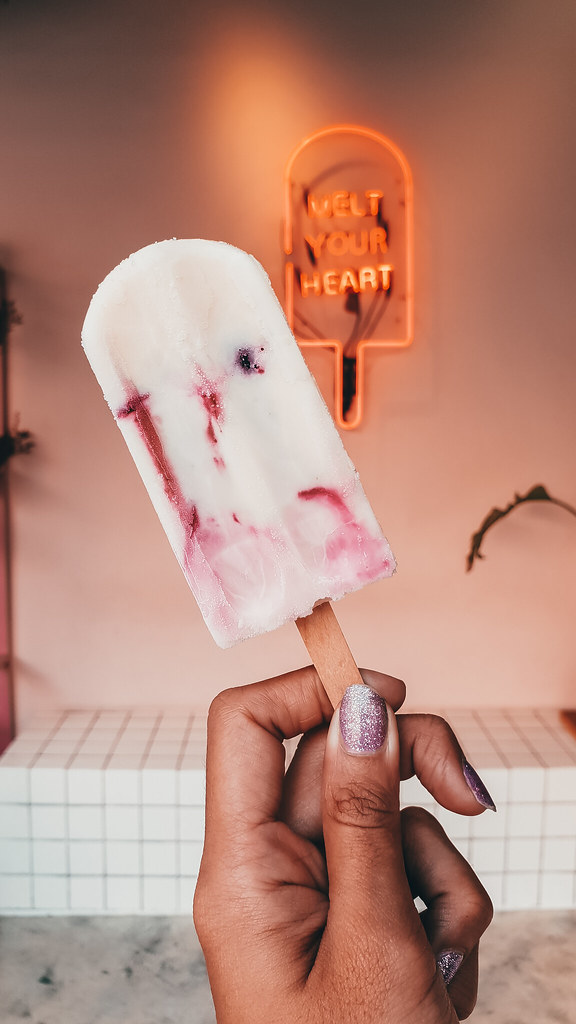 You may however, expect an emerging art scene, old-chic spaces, and tons of photo opportunities if you like poking around in nooks and crannies – so bookmark this only if you’re all about embracing the bohemian spirit.

Time Spent: 45 minutes
Got Here from Anping District by: Cab
And That Took: 15 minutes, tops.

4. Crunching Through to the Right Spot: Xinmei Street 新美街 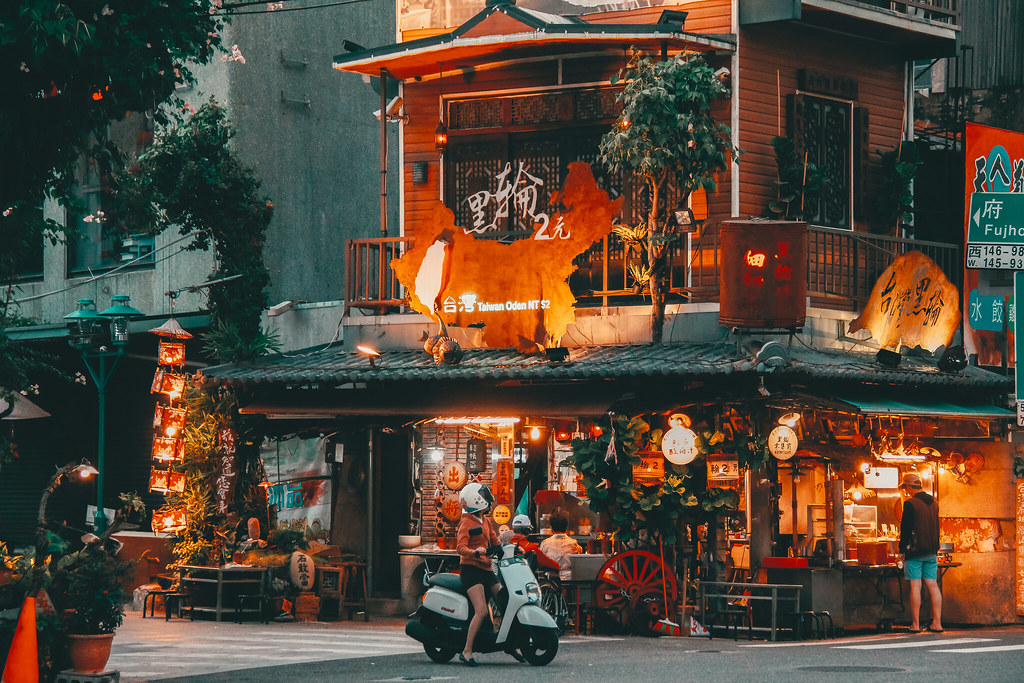 Nothing like Google Maps to make you feel daft while on a holiday in a foreign country, because apparently, Xinmei Street is situated directly across the main road from Shennong Street. 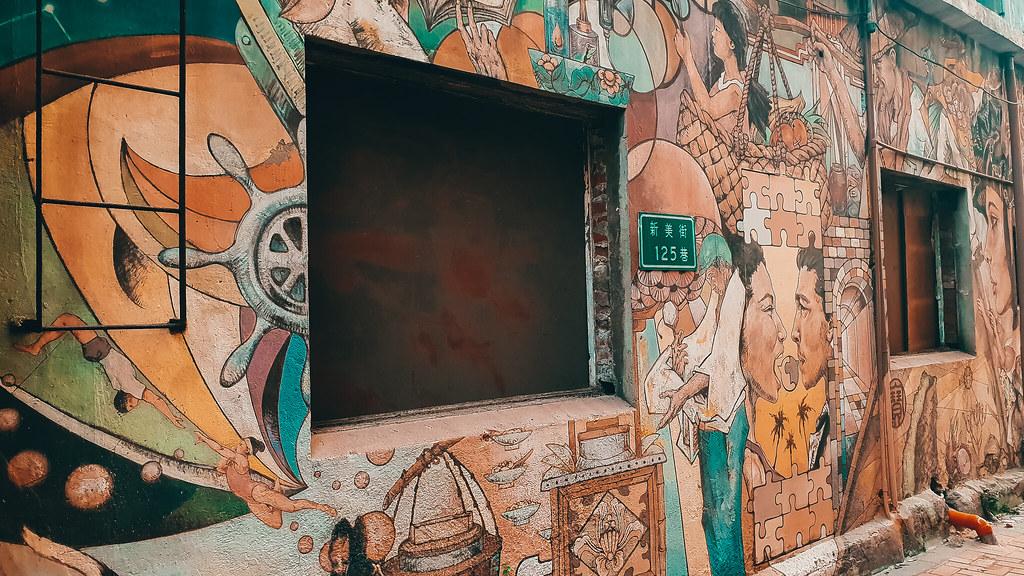 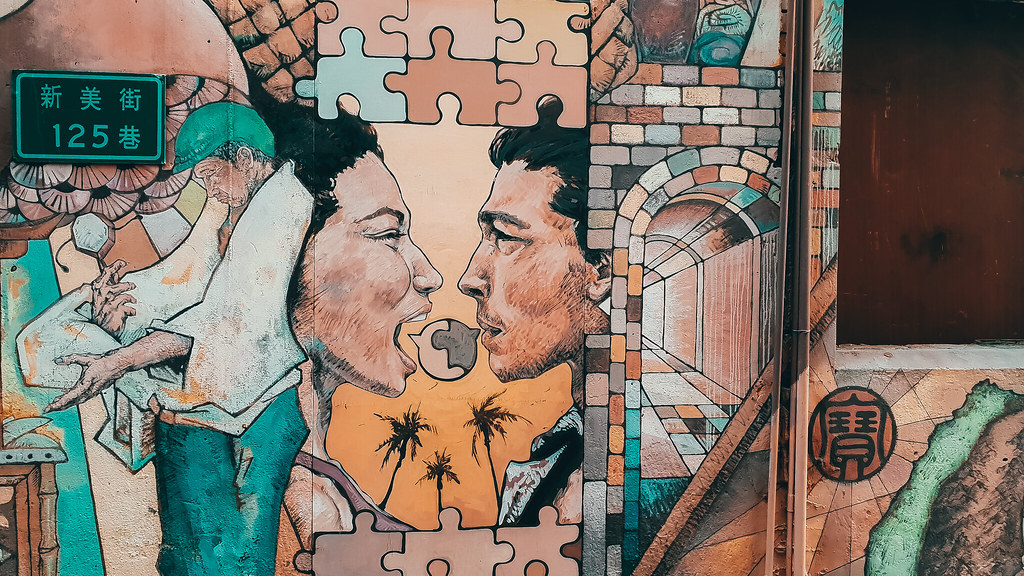 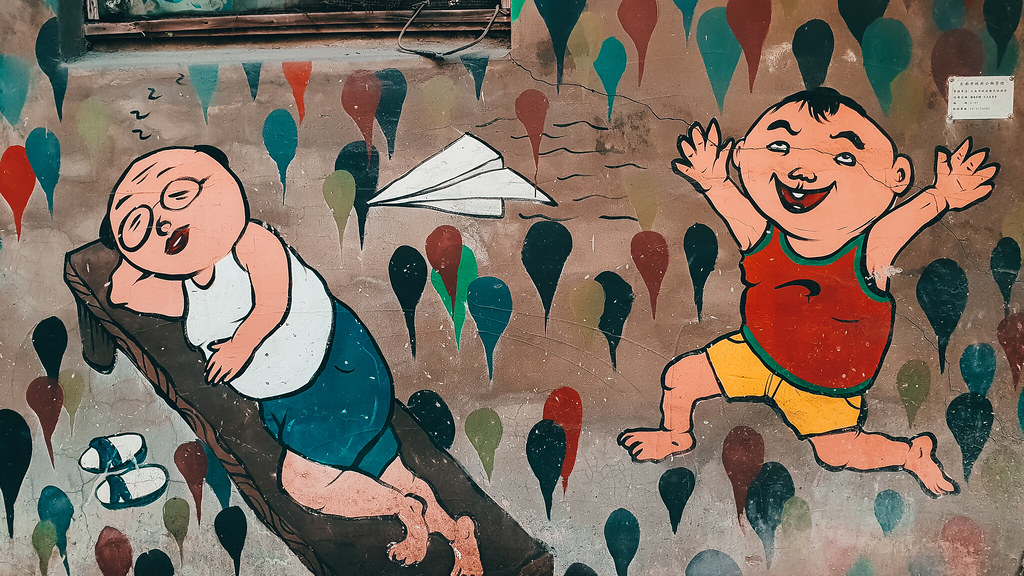 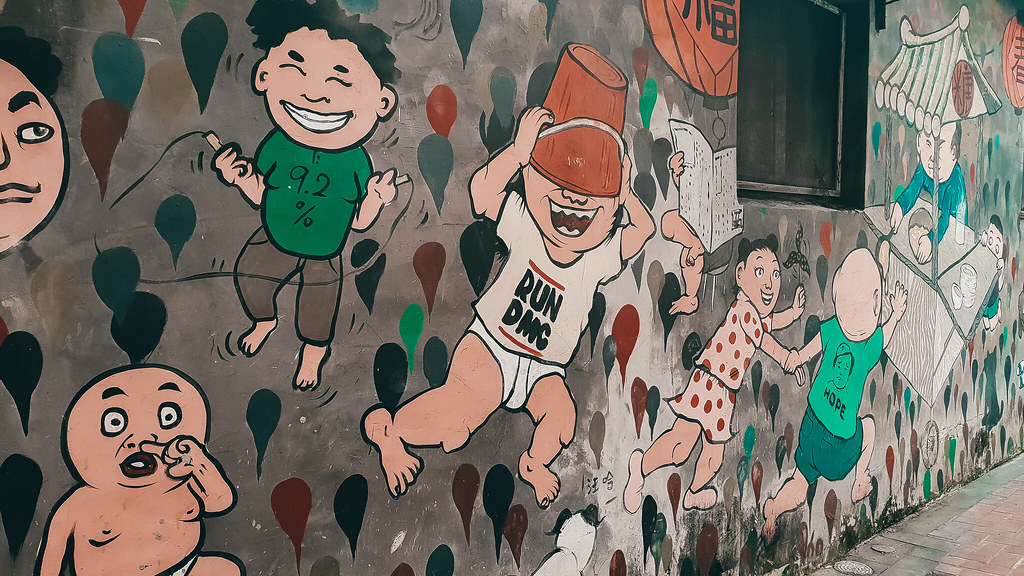 Like Shennong Street, Xinmei is part of the Old Five Channels Cultural Zone, which essentially points to the area surrounding the five river ports that formed the most bustling centre of commerce during the Qing Dynasty. Here, you will find that the facade is not unlike that at Shennong, with similar narrow alleyways and rows of shophouses decked in peeling paint, allowing us a glimpse at their insta-worthy century-old exposed brick walls. It’s an unusual mix of enterprises here, from old teahouses to new hipster cafes, traditional craftsmen to even a tattoo parlour. Don’t forget to locate the alley with the wonderful art murals – possibly the one thing that draws most visitors in before the other smaller elements take over to mesmerize. 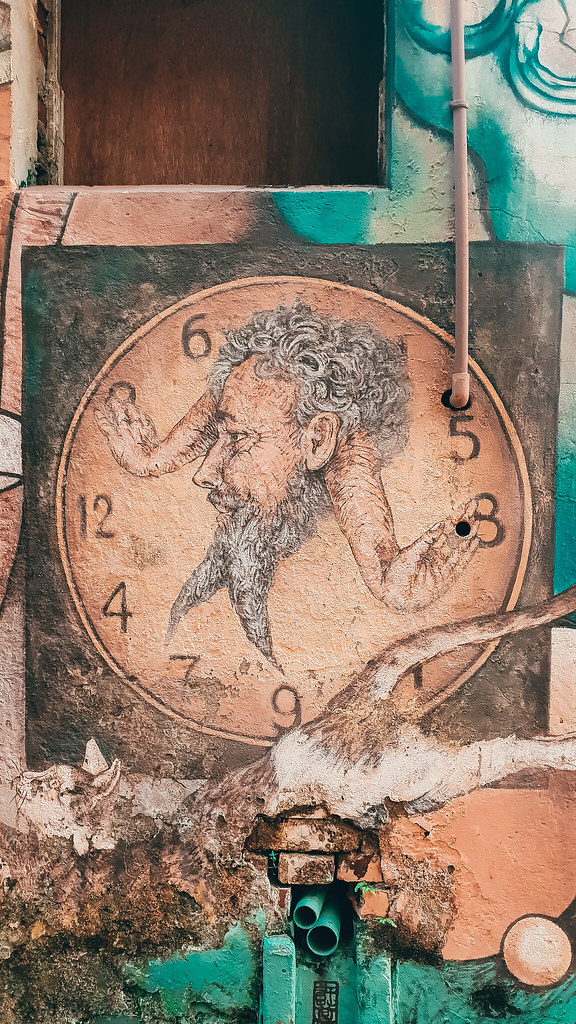 Truly a wonderful enclave that has somehow managed to resist the winds of change – and yet, still peek out as a new up-and-rising art-cultural hub.

Time Spent: 45 minutes
Got Here from Shennong Street by: Crossing the main road. -_-
And That Took: LESS THAN 5 MINUTES. 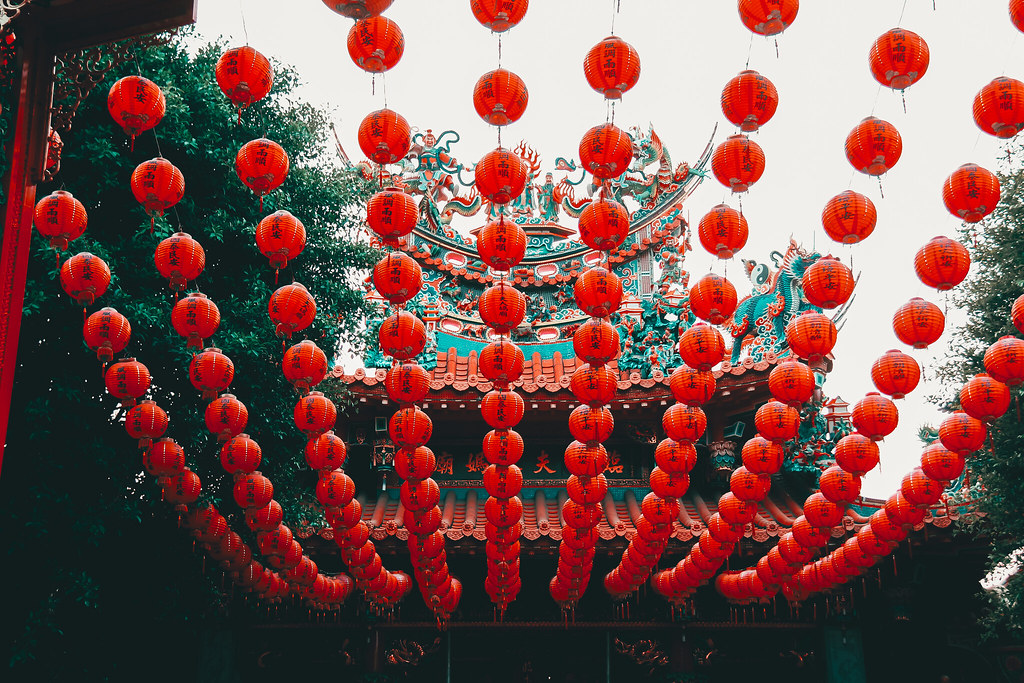 The truth is, there are hundreds of temples in Tainan that are worth popping by, but unless you have more than a day with this beautiful city, chances are you’re probably going to have to pick a couple and just go with it.

I hate to trivialize places of worship, but with the temples in Tainan, it literally is as fun as picking one out that interests you. From Xiaonan City God Temple to the Confucius Temple to Tiny Buddhas and even Kaji Matsu, the origins and basis behind each temple is just as curious and fascinating as the next. In fact, it gets as curious and fascinating as a particular Temple of the Five Concubines in the West Central District, a shrine built in front of the tombs of the five concubines of the Ming Prince of Ningjing – all of whom killed themselves in a bid to accompany their prince in death. (Incidentally, Zhu himself committed suicide after his kingdom fell in defeat to the Qing Dynasty.) 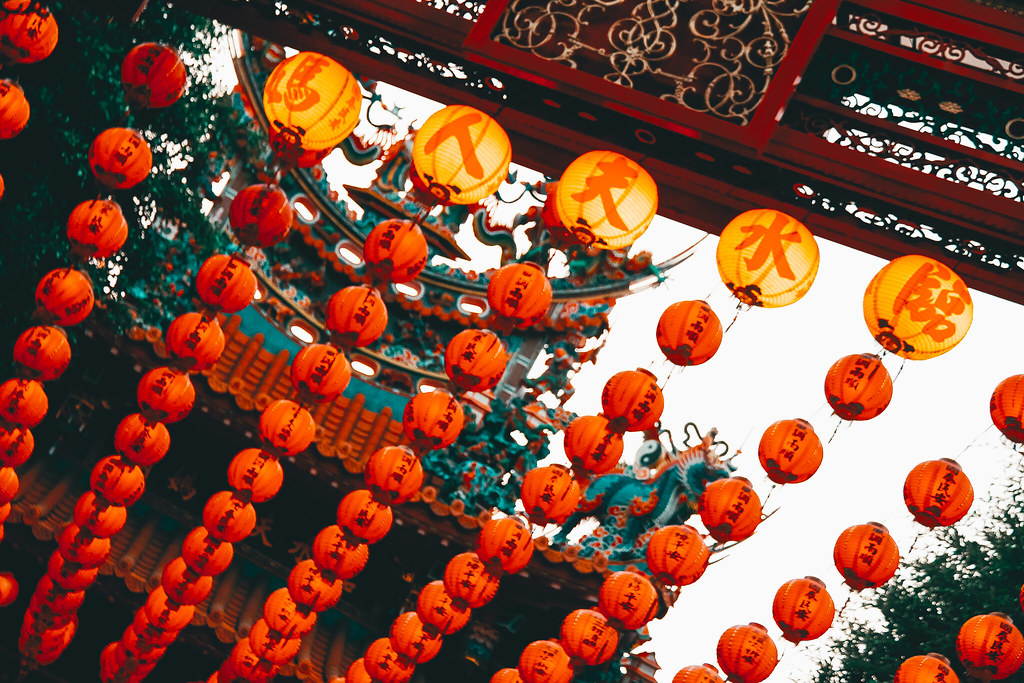 Personally, I decided upon Lady Linshui Temple because it enshrines Lady Linshui herself, a famed female legend who was allegedly the daughter of Guanyin and a protector of women. From young, Lady Linshui showed signs of powerful clairvoyant abilities which she later went to utilise in a bid to master shamanism; and her story is one of captivating proportions. I may be dicing this a little too much for it to enchant anyone at all; but, basically, having died from a miscarriage, Lady Linshui later swore to help all women who suffer difficult labor – and since then, she is said to have protected the newborns and pregnant women of Tainan. The trials and tribulations that led to her death were aplenty though, so much that you can’t imagine she passed at a mere 24 years of age. It sounded like she’d lived a lifetime.

But really. That, was kind of all the reason I needed to pick this out of the lot. #womenwhohelpotherwomen

That, and the fact that it was built more than 280 years ago in 1736, hereby making it the oldest temple in all of Taiwan today. 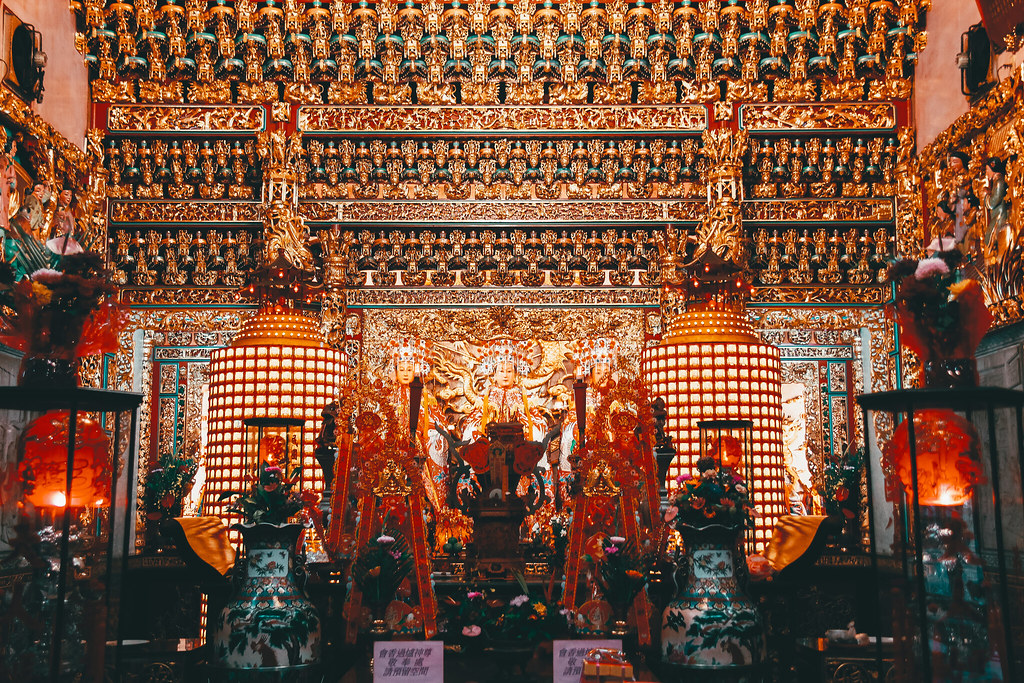 Time Spent: 20 minutes
Got Here from Xinmei Street by: Walking
And That Took: 25 minutes 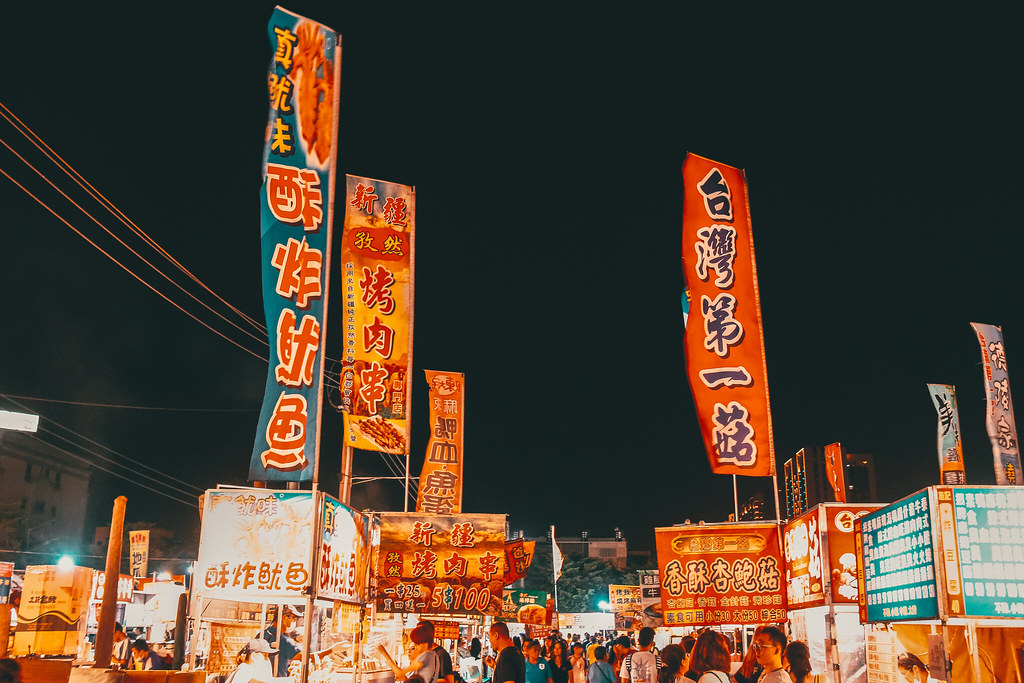 For a market that only opens on Thursdays, Saturdays, and Sundays of the week (and closes if it so much as rains), Flower Garden sure knows how to overwhelm. Once you reach it, you are immediately greeted by a blinding kaleidoscope of lights and sounds coming from more than 400 different stalls in every direction, many of which carry tall flying flags  that billow majestically in the wind and draw your attention to its vivid colours and vibrant offerings. It’s absurdly atmospheric and almost celebratory even, with a veritable goldmine of typical street eats that await your perusal. 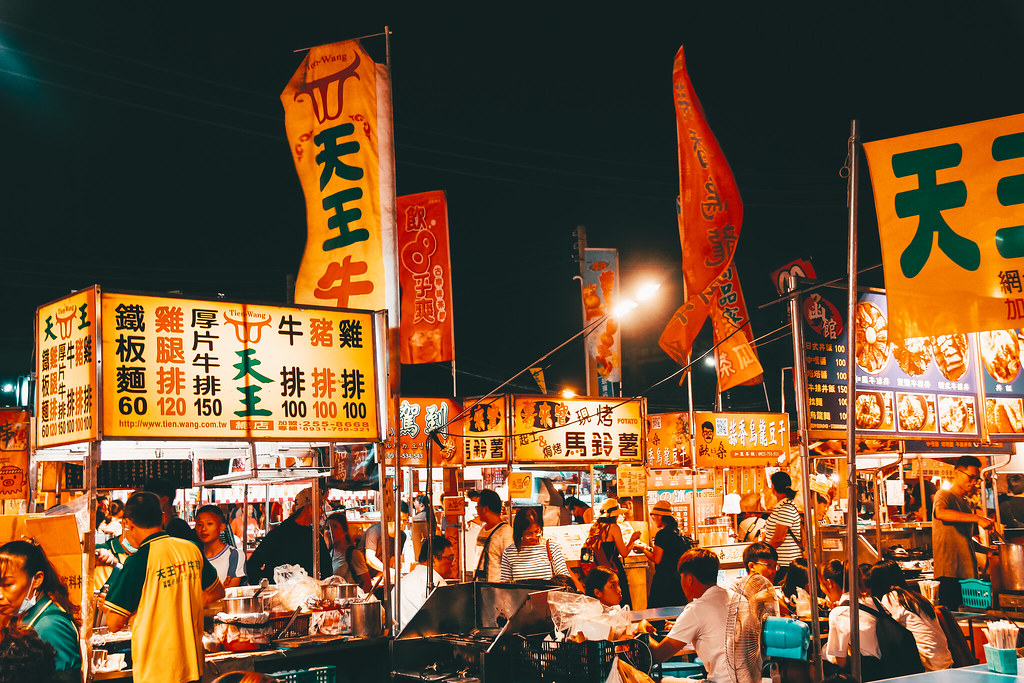 The sheer magnitude (and hence, variety) of Flower Garden easily outdoes at least 80% of the night markets across the country – even notable ones in the mother capital of all night markets herself, Taipei. At this point, I had been to 12 night markets in Taipei, 1 in Taichung, and 2 more in Kaohsiung – and apart from Shilin, nothing came close to how Flower Garden made me feel. I worked my way through the tangle of every lane and made sure I missed nothing, and by the time it came to leave, I was wildly delirious. (If you’re a little tired of night markets at this point, you may want to check out these other pretty awesome eats instead). 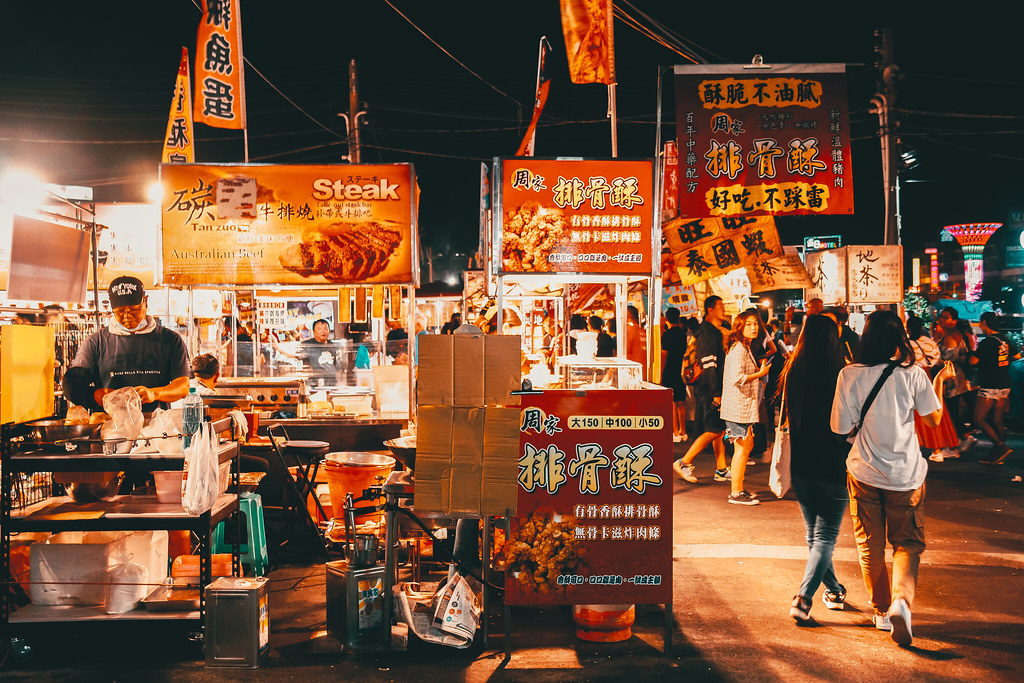 Personally, Flower Garden proved the perfect wrap to an already-glorious excursion. It was unexpectedly spectacular – much like the rest of which I managed to chance upon in my less-than-24-hours in Tainan. Proving that, indeed, some cities don’t need to be given excessively long periods in order to weave its practiced charms on you.

Time Spent: 2-3 hours
Got Here from Lady Linshui’s Temple by: Walking (not the most obvious choice)
And That Took: 45 minutes, but there’s actually a more painless way, which is to take the cab for a mere 5-10 minute drive.

Staying for more than a day? Find out what else you can do in Tainan that will make this stop worth your while!